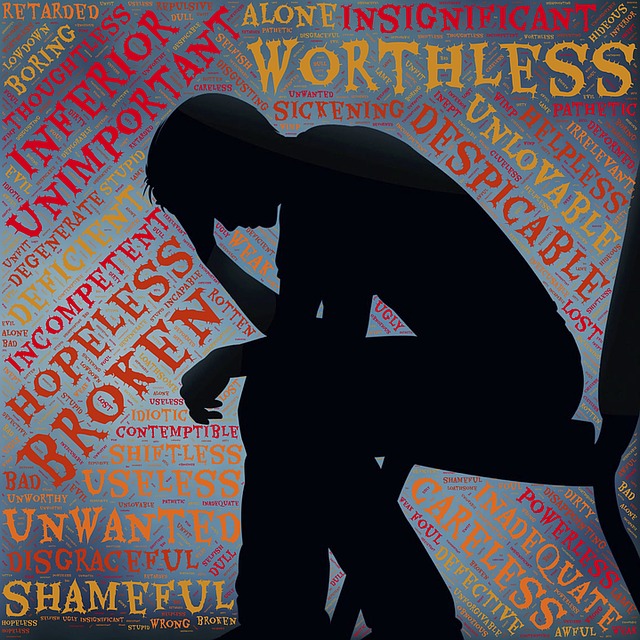 Dueling With Depression
&
Battling The Blahs

Editor’s disclaimer: Individuals unable to overcome depression by using the proceeding guidelines may need the help of a psychiatrist or clinical psychologist.

“Depression is not always resulting from sin, the lack of faith in God or caused by self pity. Christians, like everyone else, get depressed. Many of God’s choicest servants have suffered greatly from depression.” Depression is a clinical term not found in scripture. However, the conditions of depression appear in what we might term, Psalms of despair (Psalms 38, 69, 88, 102). In each of these Psalms “Hope and Trust” overcome the Psalmist’s despairing concerns allowing him to express both depression and rejoicing. Varying degrees of depression ranging from simple mood swings to utter despair fall into the same category. Dr. Gary Collins wrote that “Depression is common but complicated, difficult to define, hard to describe with accuracy, and not easy to treat” (Collins 1988, 105).

Charles D. Page in his article “Victory Over Depression” wrote: “Everyone has mood swings. We go through a twenty-eight-day emotional cycle.” Depression touches all of our lives, whether in the life of a friend, business associate or family member. For some there is little difference between the high periods and low periods. These people stay on an even keel most of the time. For others, the swing is more noticeable, even to the point of grave concern.

Dark nights of the soul can be of great value. We cannot really appreciate the good times of joy and excitement if we have never experienced the “blahs,” and we can’t fully appreciate the mountain top unless we have done some time in the valley. It is unrealistic to expect to spend life leaping from one mountain peak to another as though there were no plains or valleys between (Havner 1974).

Depression is NOT always resulting from sin, the lack of faith in God or caused by self pity. Christians, like everyone else, get depressed. Many of God’s choicest servants have suffered greatly from depression. Job, Moses, Jonah, Peter, even the whole nation of Israel in the book of Lamentation suffered from forms of depression. If we believe that Christ experienced the full gamut of the human experience, then depression also came upon Christ our Savior. The Amplified Bible reads; “He began to show grief and distress of mind and was deeply depressed. Then he said to them, My soul is very sad and deeply grieved, so that I am almost dying of sorrow” (Matthew 26:37-38).

Perhaps one of the most classic cases of depression is the prophet Elijah. He was a man of God that reached the terminal stage of depression under a juniper tree following his encounter with the prophets of Baal in 1 Kings chapter 19. Archibalb Hart has suggested that Elijah’s depression is an example of the physiologically based “postabrenalin depression” that frequently comes to those who have recently had an emotional “high” (Hart 1986, 96). There are times when depression ceases to be positive. It dips over into the area of the negative and the harmful, and it robs the person of power, and even usefulness. Depression may even render them ineffective. At this point solutions need to be found and it may lie in those two words found in the Psalms of despair, “HOPE & TRUST”.

Vance Havner author and one of the most quoted Baptist preacher in America said; there are three levels of life that Christians experience. First “mountaintop days” when everything is going well and the world looks bright. These experiences are temporary. Second and most common “ordinary days” when we work at our usual tasks, neither elated nor depressed. Then, there are “dark days” when we trudge heavily through confusion, doubt, despair, and discouragement. These may string out into months even years and when they persist, dark days are days of depression (Havner 1974).

Leading Cause Of Suicide

Some of history’s greatest military leaders statesmen, musicians, scientist, and theologians have been its victim. Today, some 40 million Americans experience chronic depression touching all different walks of life. Depression is no respecter of persons it affects the young, old, rich and poor. Depression is the leading cause of suicide, and is the tenth leading cause of death in the United States. Of the six suicides recorded in scripture, none were in the will of God at the time of their death (Judges 16:29; 1 Samuel 31:4, 5; 2 Samuel 1 Kings 16:18; Matthew 27:5).

Out Of Proportion To Reality

Many feelings are covered under the term depression.

“One of the greatest causes of depression is the feeling of inadequacy or the inability to cope with life’s problems.”

One may feel defeated, sad, helpless, hopeless, worthless, empty, lonely, rejected and unloved, often out of proportion to reality. However, imagined problems can feel as heavy as real ones. Broken relationships are also a leading cause of depression. Relationships broken by disappointment or betrayal may occur at home, in the office or even in longtime friendships. Even the church is not immune from fractured relationships.

How do we overcome depression? First by returning to your original self worth, which is to Glorify God, with our life. In order to do this one must restore the broken relationship with God through the blood of Jesus Christ. The only hope for mankind is trusting the Lord Jesus. Notice the response given to the condition of the Philippian Jailor. . . . He drew out his sword, and would have killed himself, supposing that the prisoners had been fled. But Paul cried with a loud voice, saying, Do thyself no harm: for we are all here. Then he called for a light, and sprang in, and came trembling, and fell down before Paul and Silas, And brought them out, and said, Sirs, what must I do to be saved? And they said, Believe on the Lord Jesus Christ, and thou shalt be saved, and thy house. Believe on the Christ that though shall be saved and thy house (Acts 16:27-31).

With Christ as a brother and God as a father a tremendous resource for help is gained. The saved have a higher purpose than life itself.

“Difficulties are over come by daily committing one’s life to the purpose of glorifying Christ.”

Secondly, Prayer will change our affection and cause us to think on Heavenly things. If we sincerely follow the model prayer of Christ we will put things in a proper perspective. Then forgive others as Christ has forgiven you and turn your anger over to God. Romans 12:17 Recompense to no man evil for evil. Provide things honest in the sight of all men.

Third, stop playing God. “Depressed individuals who have turned their anger on themselves feel they deserve to be punished. When they feel miserable they may think they are getting just what they deserve” (Meier 1982, 280). Certainly we should judge ourselves to some degree and live disciplined lives. However, it is much better to trust God to judge and discipline rather than punishing ourselves. Depression can be a powerful tool for manipulating others. “Individuals who use their depression to relieve themselves of anger and to get even or to gain attention, increase their own despair” (Meier 1982, 280). So, quit using depression to correct and judge others. God is disciplinarian and judge of the world.

Fifth, build close friendships. Ecclesiastes 4:9 Two are better than one; because they have a good reward for their labor. Ecclesiastes 4:10 For if they fall, the one will lift up his fellow: but woe to him that is alone when he falleth; for he hath not another to help him up. When you hit bottom it is good to have a friend. Proverbs 18:24 A man that hath friends must shew himself friendly: and there is a friend that sticketh closer than a brother.

Get Involved At Church

Sixth, find your place in the Body of Christ. Saved people need active involvement in a local church. Sheep need other sheep around. Depression causes one to withdraw from others and thrives on the feelings of loneliness. God’s people draw upon one another’s sympathy and strength. The Blahs can be battled by building bridges.

Seventh, change your behavior or routine, Ephesians 4:24 And that ye put on the new man, which after God is created in righteousness and true holiness. Start having personal devotion and spending time with Christ, your family and His Church. Reach out to others by “loving your neighbor as your self”. Become extroverted rather than introverted. This will automatically cause a reciprocal effect just as He said; Give, and it shall be given unto you; good measure, pressed down, and shaken together, and running over, shall men give into your bosom. For with the same measure that ye mete withal it shall be measured to you again (Luke 6:38). The “Dead Sea” is situated at the lowest point on earth and serves as a geographical lesson for the depressed which means low in spirit. “Water sources such as streams and rivers from all sides pour millions of gallons of fresh water into the Dead Sea each day but it never rises out of its depressed state (the water stays at the same level).”  Birds don’t fly there, fish can’t live there, yet it takes in volumes of fresh water daily. Why? Because it receives but never gives. Helping others physically, emotionally and spiritually will help you physically, emotionally and spiritually. Philippians 2:4 Look not every man on his own things, but every man also on the things of others.

Realize there is hope by choosing a healthy way to cope with the blahs. I recommend to you: Get up early at least three mornings a week regardless of how you feel. Memorize one of God’s promises or an encouraging Bible verse every week. This is what unlocked Christian and Hopeful’s cell door in the Doubting Castle and saved them from the ongoing abuse they experienced from the Giant of Despair (Pilgrim’s Progress by John Bunyan). Pray and have private time with Jesus. Don’t just sing the song “Tell it to Jesus,” do it. Do something special for your family. Take care of your temple: eat a good diet and exercise. Make one unselfish accomplishment each day. Realize no one is perfect and forgive someone. If none of this works, seek professional help!

When Someone Asks For Help . InterVarsity Press. Havner, Vance. 1974.

Though I Walk Through the Valley . Revell. Hart, Archibald. 1986.