The Cruelty Of Privilege Without Responsibility 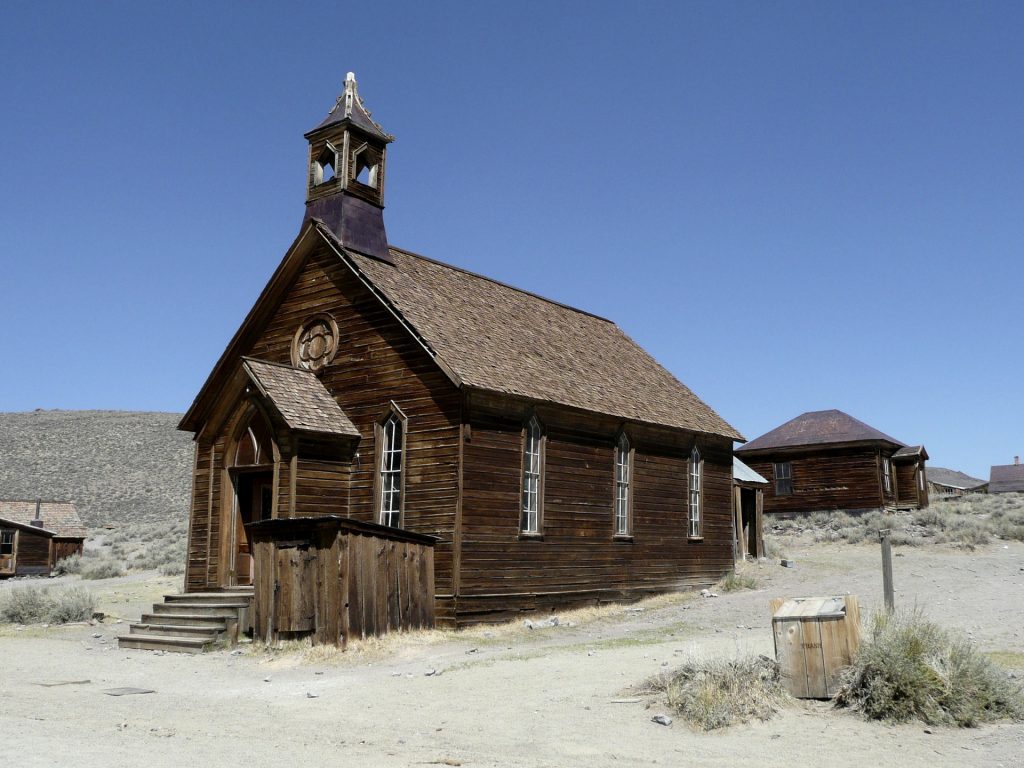 The Cruelty Of Privilege

by the late Elder Calvin Perrigo

“And every man shall receive his own reward according to his own labor.” I Cor. 3:8 We live in a place and time where there is a lack of equity in many aspects of life. The older segment of our society are probably more aware of this situation than the younger group. Many basic, natural laws of justice have been discarded in favor of some promise of a dream or an illusion that will provide us something for nothing. Eve’s action in looking at the tree is the first indication of this human characteristic.

There have been many recent contributing factors in this great deception but installment purchasing and the generosity (so called) of our governments must share the majority of this burden. What is our interest in such things, seeing we are in the world but not of it?

Simply this; many, too many of God’s people believe that God too will give privileges without the attached fee of responsibility coming along with those liberties.

We sincerely desire that you give prayerful, honest consideration to the truths contained in this composition. We will attempt to show that God has always expected his creation to return something for the privileges that have been granted unto it. The created things, (Satan and his influence upon it excepted) of God have responded to God’s request. What happened when God said, “Let there be light”? There was light. God classified the light as good and in turn called it Day. Has not Day followed night ever since light was called from darkness? Yes, light has been responsible ever since it became such to make things manifest. The beauty of the heavens and the privilege to be so have also the responsibility to declare the glory of God. Seed-time, harvest, cold, heat, summer, winter, day and night have not ceased since they had a beginning. Just as sure as the earth is watered by rain and snow from heaven it will bring forth and bud and give seed to the sower and bread to the eater, therefore responding to the blessings of moisture from the heavens and the ability that God gave it to produce for us. The privilege that Adam enjoyed, living in the garden and fellowshipping with his Creator, carried with it the responsibility of dressing and keeping the garden and staying away from the tree of knowledge of good and evil. Adam enjoyed those privileges as long as he was responsible but when he became irresponsible to God’s command, having eaten of the tree he lost those privileges that he once enjoyed. Man is responsible to God, whether he ever enjoys the privileges of soul salvation or not: “Every knee shall bow to me, and every tongue shall confess to God.” (see Isaiah 45:23; Romans 14:11 and Philippians 2:10-11)

Now let us consider some privileges that we have and see if we are also responsible to return something for our many benefits or not. Is there any greater privilege afforded to man than the plan of salvation? I know of no greater. What is man that God would be mindful of him? All have sinned and come short of his glory, yet Christ also hath once suffered for sins, the just for the unjust, that he might bring us to God. These truths along with numerous others also carry a message of responsibility into the heart of a lost sinner. The modern messenger and sometime sincere brethren fail to present the responsible side of the gospel message. Is there some responsibility on the part of a lost sinner? Yes, the power of God in the gospel message demands a response from the lost soul before salvation is granted. To hear the message is one requirement on the part of a lost sinner. A lost person that sleeps through a gospel message and is awakened to go to the altar is an unlikely candidate for salvation in that service. The lost sinner is required to repent toward God. We realize that no one does this within their own power or choice but it is an event that happens after godly sorrow has really gripped the very being of a convicted sinner. Anyone that has experienced the squeeze of the sorrows of death, the pains of hell and the other anguishes of true conviction know how cruel the privilege of a mere acceptance of Christ for salvation would be. How cruel is it to invite the Holy Spirit of a divine God to come and live in a sin blackened soul without the washing of regeneration? (see Titus 3:5) Jesus said; “Not every one that saith unto me, Lord, Lord, shall enter into the kingdom of heaven; but he that doeth the will of my father which is in heaven. Many will say to me in that day, Lord, Lord, have we not prophesied in thy name? and in thy name have cast out devils? and in thy name done many wonderful works? And then will I profess unto them, I never knew you; depart from me, ye that work iniquity.” No privilege of heaven, although the works were there, the Lord never knew them.

Before Jesus sent the twelve apostles to the lost sheep of the house of Israel they were equipped to do what he had asked them to do. Added to the basic things, (soul salvation, baptism and the call) was a special power given to them to cast out unclean spirits, heal sickness and disease. In the charge to these men, Jesus commanded; “freely ye have received, freely give.” The privilege of having these gifts or power brought also the responsibility to give it to others. Paul exhorted the elders from Ephesus to also abide by this basic law; Paul asked them to remember the words of the Lord Jesus, how he said. “it is more blessed to give than to receive.” (Acts 20:35) How cruel is the privilege that a pastor takes when he flees at the appearance of the wolf?

The privilege to pastor the Lord’s church brings also the responsibility to feed and protect it with one’s own life if called upon to do so, (consider John 10:11-13 along with Acts 20:28-32). The cruelty of privilege without responsibility can be seen clearly in the statement that Jesus made concerning the scribes and the Pharisees: “For they bind heavy burdens and grievous to be borne, and lay them on men’s shoulders; but they themselves will not move them with one of their fingers.” Jesus told the disciples and also the multitude not to follow their works because they say, and do not. Pastor’s are to be ensamples to the flock, feeding and also eating the same diet. How cruel is the privilege that a wolf takes as it moves among the flock being camouflaged by an outer covering? The taste or appetite of a wolf is not the same as that of a lamb or a sheep, therefore he cannot be satisfied with the sincere milk or meat of the word. Paul charged Timothy to “preach the word: be instant in season, out of season: reprove, rebuke, exhort with all longsuffering and doctrine.” (II Tim. 4:2) What happens when a pastor delivers a reproving and rebuking message to a wolf dressed in sheep clothing? Proverbs 9:7 may contain the answer: “He that reproveth a scorner getteth to himself shame: and he that rebuketh a wicked man getteth himself a blot.” How cruel is it to allow an improperly clothed guest to remain at a wedding? (See Matt. 22:11-14). How cruel is it to allow one that has “Nothing to do with us” to help build an house unto our God? (See Ezra 4:1-3 for Bible position). Pastors are expected to face the “Diotrephes” (III John 9-10) but it is cruel when they are not identified as such.

How cruel is the free spender today that gives sparingly or nothing, yet is forever ready to do big things with other people’s generosity? How cruel is the privilege of stating an opinion without clearly identifying it as such? How cruel is the privilege to repeat information without being responsible for the report? How cruel is the privilege to exercise voting rights and other influences without being involved as a worker? How cruel is the privilege of speaking of having compassion and not to be of any help? (Consider Mark 8:1-8 and James 2:14-17) How cruel is it to deceive others by advocating the winning of a race while not abiding by the rules, (II Tim. 2:5)? Paul expected a crown but only after fighting a good fight, keeping the faith and finishing the course. It is cruel to teach people (by word or example) that it is possible to take a short cut with God and receive the same benefits as those that run the race with patience. Paul instructed the Corinthian church; “So run, that ye may obtain.” (I Cor. 9:24). Paul taught the church of the Thessalonians that, “If any would not work, neither should he eat.” How cruel is the privilege of eating and enjoying the fruits of others’ labors? It is a shame to do so in the material realm of life but many have no conscience of shame. It has become a way of life for too many in our nation today. Do we dare add a spiritual application to this teaching? It would be utter folly to believe that God would feed a spiritual blessing to one who did not earn it. It is possible to enjoy seeing or hearing another receive a blessing but it is about like only smelling good food and not being allowed to taste it. Paul explains this in writing to Timothy. “The husbandman that labors must be first partaker of the fruits” and “if we suffer, we shall also reign with him:” (II Tim. 2:6 and 12). Paul also taught the Corinthian church the same doctrine: “And our hope of you is steadfast, knowing, that as ye are partakers of the suffering, so shall ye be also of the consolation.” (II Cor. 1:7) There is a sworn promise from the Lord recorded in Isaiah 62:8-9. “Surely I will no more give thy corn to be meat for thine enemies; and the sons of the stranger shall not drink thy wine, for the which thou hast labored: But they that have gathered it shall eat it, and praise the Lord; and they that have brought it together shall drink it in the courts of my holiness.” And that is how it is with God’s blessings!

We thus conclude: There is no place for a parasite to attach itself on to the church by Jesus Christ, seeing we are the body of Christ, and members in particular. To be given any privilege from our Lord and Savior Jesus Christ brings the burning desire to return something to him. “INASMUCH AS YE HAVE DONE IT UNTO ONE OF THE LEAST OF THESE MY BRETHREN, YE HAVE DONE IT UNTO ME.” (Matt. 25:40).